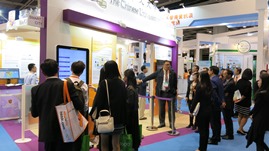 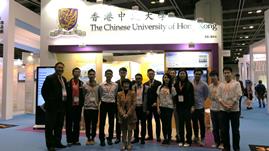 A press conference was held on 28 March 2017 by Global Electronics to promote the Show. The 3D Scanner developed by Prof. Liu Yun-Hui and his team, was one of the highlighted products for the event. 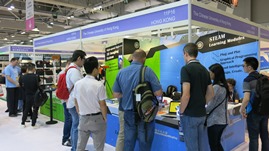 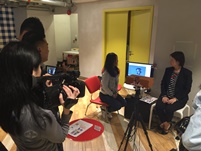 MDSF concurrently held with the Hospital Authority Convention on 16-18 May 2017 at Hong Kong Convention and Exhibition Centre. CINTEC coordinated 7 CUHK research teams of Engineering and Medicine to participate in this Fair. 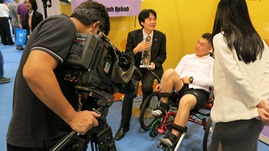 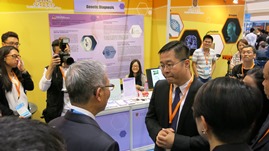 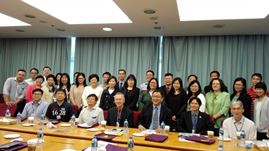 Professor Charles K. Kao Student Creativity Awards is a biennial competition of technological innovation among full-time students in CUHK organized by CINTEC. To promote the culture of innovation on campus and to select innovative student projects for CUHK representation entry into national competitions, the Challenge Cup, a final competition was held on 8 April 2017. Awardees were invited to present their projects in the Prize Presentation Ceremony on 11 May 2017. 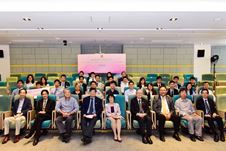 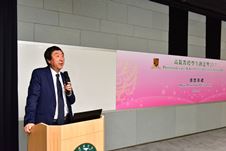 CUHK will launch a university-wide Minor Programme in Entrepreneurship and Innovation in the 2017-18 academic year. As the co-director of the program, Prof. K.F. Wong attended the press conference in 11 April 2017 together with Dr. Andy Wong, Assistant Dean (Undergraduate Studies), Business School. 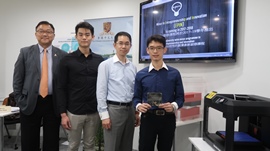 Prof. K.F. Wong was one of the invited speakers in “STEM – Ignition with Ideas” school seminar series on 28 April 2017. Prof. Wong introduced the information processing technologies behind Baidu, Alibaba and Tencent in his talk themed “”STEM behind the BAT “, which included Information Retrieval, Opinion Mining and Rumor Detection. 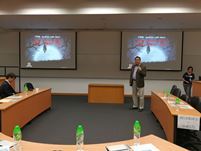 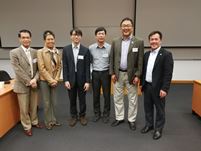 Prof. K.F. Wong, Director of CINTEC, attended the Award Presentation Ceremony of the Innovation and Technology Scholarship Award Scheme 2017 at Hong Kong Convention and Exhibition Centre on 25 April 2017. The scheme aims to encourage undergraduates in universities in Hong Kong by providing opportunities of widening their international/Mainland exposure and gaining industry experience. 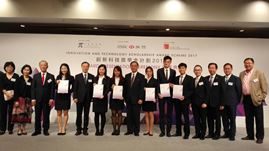 Faculty of Engineering is the supporting organization of District Development Network (Tai Po and North District) organized by Education Bureau. A two-year project on promoting STEM education will be held to support students’ needs in career and life planning. Prof. K.F. Wong, represented the Faculty, attended the first meeting to introduce CUHK’s coming programme about STEM education to Association of Secondary School Heads of Tai Po District on 20 May 2017. 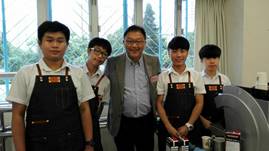 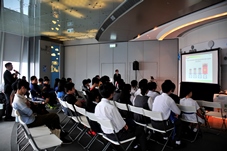 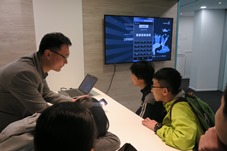 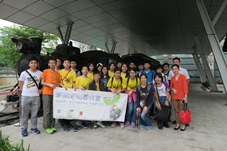 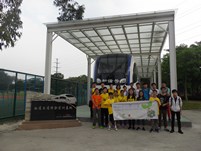 The ITSC Year-end Ceremony was held on 20 May 2017at CUHK campus. Not only learnt theories of engineering and science, participants also experienced different robots, such as robot arm, 3D printing music instrument, DIY Tetris and drone. 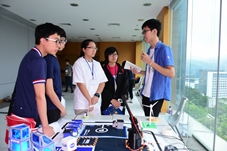 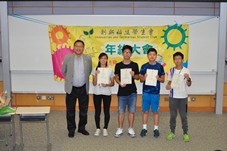 Arduino workshop was a two-day workshop held on 14-15 April 2017 which targeted mainly secondary students. Students were taught to use Arduino board in constructing a joystick to control their own robot.

We arranged two 3D printing workshops for primary students on 22 and 29 April 2017 respectively. Participants learned to use free-of-charge online software (Tinkercad) to create their 3D designs, and also visited the 3D printing studio in CUHK.

A workshop with two-lesson was designed for teachers holding on 6 and 13 May 2017. Both theory and application were included in teaching participants to use an open source programing software (Robot C) to control their robots finishing specific tasks.