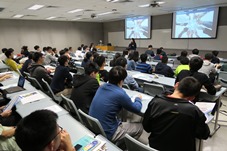 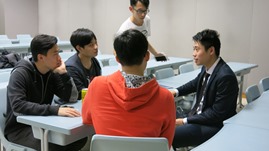 The Engineering Job Fair was held successfully on 7-8 February 2017. CINTEC has worked with Faculty of Engineering to support the coordination of Job Fair, and served as the head booth in the event. We promoted PIP service, upcoming recruitment talks and job hunting platforms to students and exhibitors.

Science Park Career Fair by HKSTP was held on 22-23 March 2017. Over 40 exhibitors from HKSTP offering over 350 internship and job opportunities participated in the fair. A career talk was also held on 23 March 2017 to share insights of entrepreneurship, CV writing and interview skills to CUHK students. 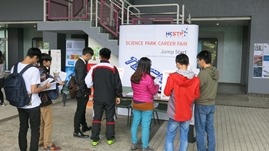 Target to set up a centre in Hong Kong Science Park for research and development, Dr. Bernd Liepert, Chief Innovation Officer of KUKA AG visited Science Park on 16 February 2017 to explore the EOC system in Hong Kong. Prof. K.F. Wong, Director of CINTEC, and Prof. Yunhui Liu, Professor of Department of Mechanical and Automation Engineering, were invited to give a presentation about academic research on robotics and robotics innovation in Hong Kong.

Prof. K.F. Wong was invited as Mentor for the captioned mentorship programme to nurture the new generation of ICT students. The Opening Ceremony was held on 23 February 2017 at HKPC Building. 16 CUHK students had been selected to join the programme this year. 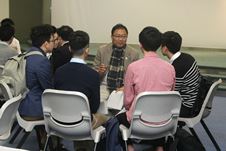 Prof. K.F. Wong attended the captioned forum organized by Guangzhou University on 13 March 2017 and presented a talk on the topic of The International Trend of Culturing Whole-person Talents: Liberal Arts Education and Entrepreneurship Courses. 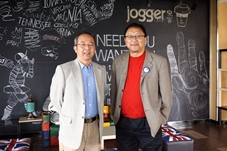 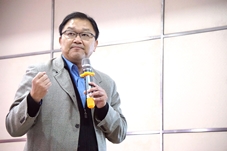 Prof. K.F. Wong had a meeting with visitors from the U.S. Consulate General Hong Kong and Macau on 14 March 2017 to discuss the potential of the Lok Ma Chau Loop development project for the innovation and technology industry. 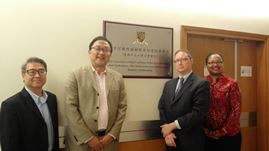 Prof. K.F. Wong represented Faculty of Engineering as the Guest of Honour for the World Class Arena Elite Competition Prize Presentation and gave a speech about the importance of STEM education. The event took place in St. Paul’s Convent School on 18 March 2017. 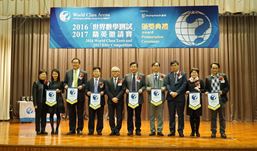 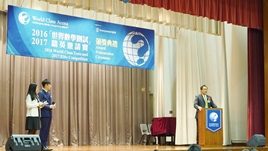 Hong Kong Tech Challenge 2016 was held on 11-12 Feb 2017 in Hong Kong Science Park. 120 teams from 90 local primary and secondary schools registered for the competition this year. Winners of the game were nominated to represent Hong Kong joining the VEX Robotics World Championship in April in the USA.